On Oct. 16, 1919, Adolf Hitler gave his first public address to the German Workers’ Party, and on Oct. 16, 1946, the main defendants of the Nuremberg trials were executed.

The German Workers’ Party (Deutsche Arbeiterpartei, DAP) was a political party founded after World War I in the Weimar Republic, the first German state to take a republican form. This organization was comprised of a very small body; membership at meetings scarcely ranged above 40 individuals. They met in hotels and beer halls to discuss and debate political events and advocate, taking nationalist and anti-Semitic stances.

The DAP was by nature far to the right, making an attempt to appeal to the working class by endorsing an economic model of profit-sharing for the nation, but appealing to the middle class by assuring that any social welfare was to be delivered to those deemed of the Aryan race. The DAP acted strongly against leftists within the republic, taking great efforts to undermine the Communist Party and Social Democratic Party of Germany; “Bolshevism” and other forms of leftist or non-nationalistic politics were seen to aid the “world Jewry” they believed were sabotaging the weak and fractured post-war German nation’s best interests.

Shortly after its founding in January of 1919 by Anton Drexler, it was noticed by Adolf Hitler, who was at the time serving in the post-war Reichswehr. Hitler found himself attracted to the nationalist, anti-Marxist, anti-capitalist, and anti-Semitic views of the leading bodies, and was invited to join by Drexler, who found himself impressed by Hitler’s articulation in debate. Under army orders, Hitler joined and quickly became one of the most popular and appreciated members of the group after delivering his first public speech to a large body within the party on Oct. 16, 1919. He was made the party’s chief of propaganda and rose to great prominence as the party grew more popular. He would eventually adopt a new name for the party: The Nationalsozialistische Deutsche Arbeiterpartei, or National Socialist German Workers’ Party.

To greatly abridge and underexaggerate what followed: the party grew in size and popularity, a struggling and undermined nation was roused and convinced to reclaim what they had lost, and World War II ran its course. By the end of it, 70-85 million were dead worldwide, and the Allied powers found themselves saddled up in Germany: first the Soviets, then the Americans, British, and various other militaries and paramilitaries that had paved their way to Berlin.

24 war criminals and seven departments of the German government and military were indicted for:

Of the indicted, 11 were sentenced to death. Herman Göring, High Command of the Luftwaffe and largely considered the most important surviving official, killed himself with a smuggled cyanide pill the night before, saying in his note, “I would have consented anytime to be shot. But the Reichsmarschall of Germany cannot be hanged.”

In the early morning hours of Oct. 16, 1946 (27 years after Hitler’s first rousing speech), 10 of the most notorious and despicable officials in Germany were hanged in the gymnasium of the courthouse. Despite the U.S. Army’s assurances that the rope was adequately measured and the hanging properly performed so as to ensure a clean execution, evidence suggests that many of the deaths were prolonged and agonizing. Historian Giles MacDonogh states of the hanging of Ribbentrop that “The hangman botched the execution and the rope throttled the former foreign minister for twenty minutes before he expired.”

The conclusions of the Nuremberg trials have had a great influence on the development of international law since then, being notable for prosecuting the individuals behind wartime atrocities instead of loosely punishing organizations as a whole. 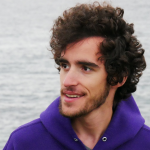